The team of KIHO

The KIHO team consists of the Management Board of overall six people. They are all from Kilimanjaro region and they are united in the desire to dedicate themselves for the local communities. 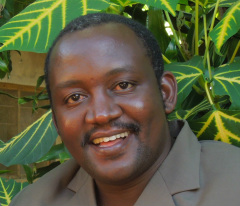 Kateri comes from Vumari village, close to Same town. He holds a BA in Social Work of The Catholic University of Eastern and Central Africa (CUEA) which is in Nairobi, Kenya. From 2001 to 2010, Kateri was employed as the Diocesan Caritas Director of the Catholic Diocese of Same. During this time he implemented various water projects in Same and Mwanga District as well as relief food assistance. In 2010, Kateri has been one of the initiators and catalysts of starting KIHO and has been assigned as the first Executive Director of the organization. His motto is to commit and dedicate oneself on a daily basis to support the local communities. He wants to provide the ability to plan, capacity building and empowerment that allows sustained long-term results. Importantly, he always stresses the need to plant trees because it saves the biodiversity. 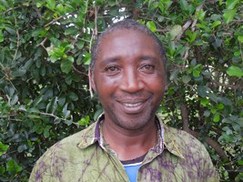 Orest grew up in Marindi, a mountainous village in Same District, and has a certificate in teaching of Kinampanda Teachers Training College in Singida. He worked as a teacher in Dido for seven years and then joined Caritas as an assistant project director for 14 years, being engaged in forestation, water projects, construction of classrooms and road construction. When Orest left the organization, he wanted to start an NGO to work for his community and provide solutions for them. This dream finally came true when he joined KIHO in 2010. He is now an Assistant Director and the Program Accountant for the “Food for Asset Creation” project. Orest wants to see the people move forward and improve their livelihoods. Therefore, he closely collaborates with the local communities so that the projects are successful. 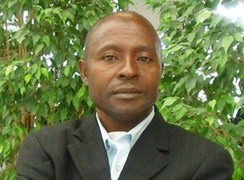 Seraphine was born in Gonja - Ntenga in Same District. He holds an accountancy diploma from The Cooperative College Moshi and a diploma in Refugees Attendance. He worked in various fields during his life, including teaching, transport, business and agriculture. He is a founding member of Bweteta beekeepers group and Kwasehemba Water User Group. In 2010, he was one of the founding members of KIHO and he is the treasurer of the organization. His interest as a board member of KIHO is to work hard to liberate the poor rural communities from all ties of poverty in order to attain sustainable development through provision of education and simple technologies. 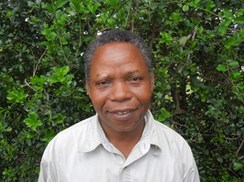 Gerry is from Dido, a village close to Same town. He holds a certificate in accountancy and computer operation from Dar es Salaam School of Accountancy. He worked as a computer operator for the Ministry of Finance and as an accountant for various cooperative societies. In addition, he pursued various courses and workshops that enabled him to work as a social worker. In 2011, Gerry joined KIHO as a Program & Logistic Officer. His daily activities include going to the field and monitor the implementation of projects. That requires a lot of planning and coordination so that the local communities get the maximum support. Gerry is very interested to work with people’s development and help lifting the disadvantaged out of poverty. He enjoys working with the people directly because then he can give them direction and observe real changes. 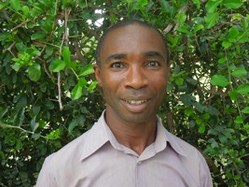 Matthias comes from Marindi village in Same District. He holds a BA in development studies, theology as well as a diploma in philosophy. He currently works as a parish priest and project writer in Ugweno parish in Mwanga District. Matthias is one of the founding members of KIHO and is the general secretary, responsible for human resource development and policy review. Mathias is convinced that KIHO needs to bring about integral development, which enables to create superior performance by harnessing the power and potential of change. KIHO designs and delivers programs to enhance leadership, performance, strategy and decision-making. He wants to give insights, identify and amplify the sources of high performance, and give the local community new tools and training that create agility, resilience and high reliability. 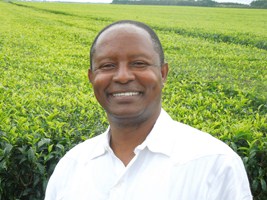