Ever since 2010 when KIHO was founded, the organization had the pleasure to collaborate with volunteers from different countries. On this page we want to introduce some of them to you. 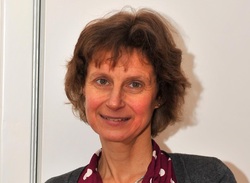 Eveline SMIT (The Netherlands)
Eveline from the Netherlands has come as a Wwoofer to Kilimanjaro region in June 2011. She spent some four weeks here and got to know how life works in Tanzania. Ever since, she has been in touch and provided support to several projects, including to school children and beekeeping projects. Eveline is enthusiastic to see Tanzanians move forward and continues to share more about KIHO in her community. 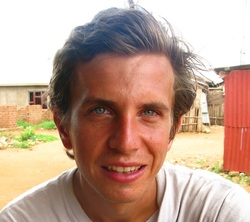 Johannes LANGER (Austria)
Johannes was an EU Aid Volunteer from Austria who stayed with KIHO for six months until May 2013. He has an MA in International Peace and Conflict Resolution from American University in Washington DC as well as Master degrees in political science and history from Vienna University, Austria. He is passionate about East Africa and was already a volunteer in the summer of 2011 with “Sisi ni Amani” in Nairobi for three months. Johannes enjoyed his time in Tanzania because of KIHO’s special approach to local communities: listen to the people, try to assist their needs and provide training. It was indeed a time of learning for him as KIHO made sure that he got a lot of exposure to visit the target villages, conducted need assessments, wrote grant proposals, updated the website and social media but also travelled and explored this amazing country. 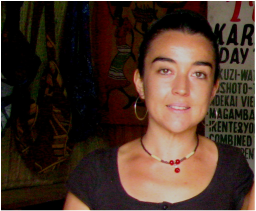 Núria MORENO MARTÍN (Spain)
Núria was an EU Aid Volunteer from Spain who stayed with KIHO for four months until May 2013. Her academic background is master’s degree in International Cooperation and Local Development as well as a degree in Environmental Science from Valencia University, Spain. She was involved in some NGOs as an active volunteer in issues related to WASH, health and gender equality in Africa and India. She felt very grateful to have the opportunity to work with KIHO in local community development related to food security and water in rural villages of Same District. Núria realized the importance of working not only for but with the community. This approach of involving people is practiced by KIHO so that the local communities are the main actors of development and change themselves. 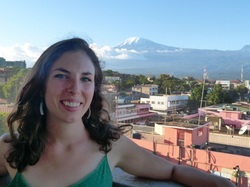 Pauline HOURLIER (France)
Pauline was an EU Aid Volunteer from France who had the opportunity to volunteer for six month with KIHO in 2013. She graduated from Grenoble University, France, with a master’s degree in International Development and Cooperation and with a degree in International Law from University of Edinburgh, Scotland. She is committed to sustainable development and has experience on eco-tourism in Laos with the French NGO GRET. Pauline enjoyed the challenge of working with a local NGO on integrated local development projects through a holistic approach. She was thrilled to have the opportunity to work in the field with local communities as well as to immerse herself into the welcoming Tanzanian culture. Pauline encourages anyone interested to be a volunteer in Tanzania on sustainable development and local community development topics to get in touch with KIHO!
​ 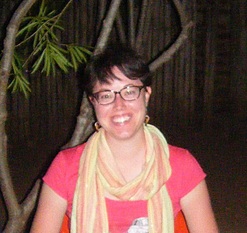 Donata PEDRALLI (Italy)
Donata was an independent volunteer who stayed with KIHO for two months until January 2014. She holds a Master’s Degree in Conference Interpreting and Professional Translation from the University of Strasbourg, France. She formerly volunteered in a first-aid association and as Italian language teacher for foreigners. At KIHO, she provided computer training, wrote project proposals, updated the website and the social media and assisted in the office management. Donata was very thankful to KIHO for giving her the opportunity to take part in its activities on the field and to live an unforgettable experience of discovering, learning and personal and professional enhancement.